Finding the best name for your new dog can be a hard task. Good male dog names can be hard to find! After all, what we classify as good might not be good to you. But that does not mean we cannot be of help! You can get inspired by us or find your special boy dog name in a different category. On 123Tinki.com we have a database with over 38.000 dog names so there will definitely be a few in there that you like! You can find them categorized in things like movie inspired dog names, French dog names, cool puppy names or even something like dog names starting with C!

To inspire you a bit already, here are a few examples of great boy dog names! 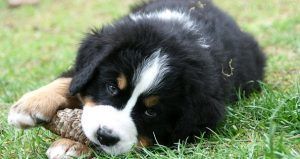 To help you find the perfect name for your dog we have different tips and tricks for you. First of all you could use our dog name generator, you might have seen it already! The generator can help you sort all the names from our database, to find the names that you like. Besides that we also have some tips for you and hope to inspire you with enough examples! 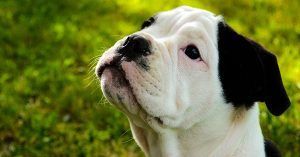 If there is one thing we really want you to remember at all times it is that you should take your time. You do not have to rush a decision like this one. Your dog’s name is something special and you will be the one that has to call the name for the rest of your dog’s life. Make sure you absolutely love the name and will still enjoy it in a few years time as well!

A history of dog names

The best male dog names can also be found in our past! Through the years many dogs lived in this world and enlightened the lives of many people. Some dogs even did very heroic things! Some of those dogs might inspire you with their names. Maybe you are about to own a German Shepherd and want to name him after the war hero Nemo! Or calling your new St. Bernard Beethoven is also really cool!
If there is one name you probably would not as easily name your dog, it is that of the dog called Abuwtiyuw. Which might be a bit hard to pronounce. But, the story of Abuwtiyuw is really nice. Abuwtiyuw is the first dog name recorded in history! In 1935, the Harvard-Boston expedition led by George Reisner, stumbled upon an inscription on a grave that indicated the burial of a dog. This was very special because in the time of the burial, only noblemen and kings were buried like that. The Egyptian King worshipped his dog Abuwtiyuw so much that he gave him his own grave! A beautiful example of the special relationship between human and dog.

If there is one very famous and good example of the exceptional loyalty from dogs, it is that of Hachiko. Hachiko was a Japanese Akita that lived in Tokyo between 1923 and 1935. Hachiko and his owner walked to the train station every morning, his owner went to work and Hachiko kept waiting at the station. When his owner returned from work Hachiko was still there. Sadly, Hachiko’s owner passed away before him. Hachiko kept waiting at the Shibuya train station for his owner to return but he never did. Never leaving his spot, Hachiko eventually died. A statue was put in his place and you can still find it there at the Shibuya train station to this day.

A name that you might not consider a good boy dog name but it is definitely unique. For dogs at least. Nemo A534 was a German Shepherd war dog, he served in the Vietnam war. On one evening during this war, Nemo and his handler were attacked by the Viet Cong. Nemo got shot in the muzzle, the bullet leaving through his mouth and his handler got wounded as well. Nemo stayed with the soldier and protected him from anyone wanting to do him harm until help arrived. Due to his injuries, Nemo’s right eye had to be removed and the dog lived out his life in peace as a recruiting dog at Lackland Air Force Base.

Another very special story about a dog is the story from Greek mythology about Odysseus and Argos. Argos was Odysseus dog and lived with Odysseus and his family from when he was a puppy. Although this story is from Greek mythology and probably never actually happened, it is very inspiring. Odysseus left his family to go to Troy when Argos was still a puppy. After 20 years Odysseus returned, disguised as a burglar, to check on his family. No one from his family recognized Odysseus except Argos. Argos stood in front of him, wagging his tail and whimpering. Then, with a final howl, the dog died. Finally content with seeing his owner again.

Tips for choosing the right name

To help you find that one perfect name and make sure it is actually a really good dog name male, we have some tips for you! What makes a dog name good? There are a few aspects you should consider when getting to that perfect name. These aspects are the length of the name, the sound of the name, complexity and time. We will discuss them all with you right now!

To inspire you a bit more and give you what you need with still have a few of the best boy dog names ever up our sleeve! Great dog names male are not hard to find, we have listed the ones we really like below!

Best male dog names ever according to us, the ultimate list: